This week, Sen. Jim DeMint (R-SC) made the “unilateral decision to end legislative activity in the Senate.” In co-opting complete control of Senate business, DeMint has picked up the mantle of veteran obstructionist Sen. Tom Coburn (R-OK) in blocking any bill that does not meet his personal “parameters.” Now, both Coburn and DeMint have joined forces to target a bill celebrating women’s history. Read the rest at Think Progress.

Co-founder K.A. Laity is truly one of my muses: so many conversations with this witty, funny and intelligent writer have popped wonderful images into my head.  Here a few examples of Kate's wonderful influence: 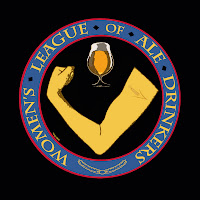 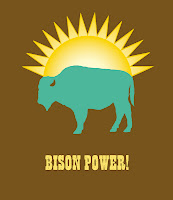 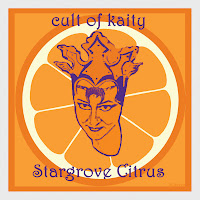 There's a story in the Guardian about the increasing popularity of ale among both women and younger drinkers:

Real ale is enjoying a revival, a report reveals today, as younger drinkers and women embrace a drink which may be shedding its traditional "flat cap" image.

Despite declining total beer sales and pub closures, research shows that cask ale has outperformed the rest of the beer market for the third year running, increasing its share of beer sold in pubs and clubs and recruiting 100,000 new drinkers.

According to the Cask Report, Britain's National Drink, 2010-2011, published today, the real ale market grew by 5% in 2009 to £1.4bn, against a 2% decline in the total UK beer market, which remains dominated by carbonated beers such as lager. [read the rest]

More good news: The editorial board of WLoAD -- Stephanie, Vicky and me -- met in Northampton MA this past weekend to review our submissions. The site was chosen because it's about the same distance from each of us. What a great bunch of submissions! There are some fabulous creative women who are eager to be part of our project. We're starting small (this site and a journal) but we have big ambitions. Baby steps for now, but look out when we gather some steam!
Posted by C. Margery Kempe at 9/27/2010 09:05:00 AM 1 comment:

We have a guest today, the lovely C. Margery Kempe who wants to tell us about one of the women who has inspired her. 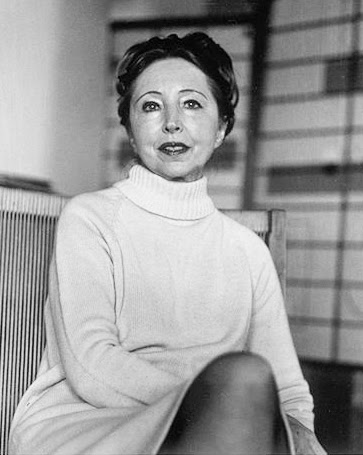 I grew up in the Midwest in a family where touchy issues were avoided at all costs and silence was the rule of the day. When I wanted to find out about something, I always turned to books, too embarrassed to admit to my friends just how ignorant I was about things like sex. Like most kids I knew, I did a lot of bluffing that I knew more than I did.

Delta of Venus was first, I think. I can't remember anymore if I read her diaries first—they're so closely intertwined—but I do recall buying Delta because I was terrified that I would be stopped or carded or worse, that alarms would go off, blaring "she's buying a book about sex!" But it was the local mall book chain, so the clerk just rang up the purchase without a second look (it probably helped that I was tall).

I devoured the book. It was so specific! It was one thing to read feminist handbooks about sexuality and quite another to read Nin's passionate words about how it really felt. I have written elsewhere about how she rescued me from relying on the ineptitude of teenage boys for experience and taught me to expect so much more. She also made me want to write about those feelings and to try to capture them in words, something I kept to myself—or a select audience—for many years until Lori Perkins announced the launch of Ravenous Romance and suddenly the penny dropped. Hey, somebody might want to read these stories just like I read Nin!

Nin had an interesting and complicated life that included incest and bigamy, which show up in her stories, where she often seems to be examining and healing the eruptions of life. The very first story in Delta features both incest and rape which shocked me, but didn't stop me. I hungered for the vicarious experiences both of her characters in the erotica and of her own life in the diaries and novels. I loved how she used writing to transform herself from a banker's wife into an artist surrounded by like minds: writers, painters, dancers, filmmakers.

Nin not only gave me the power to understand and explore my own sexuality, she also taught me the power of writing to transform. I had been raised to dream small, but her adventures helped me learn that I could expand my world if I were willing to dare to do so. I'm still learning that lesson, still finding roadblocks I create for myself. I have to remember her words:


"Dreams pass into the reality of action. From the actions stems the dream again; and this interdependence produces the highest form of living."
Thank you, Anaïs!

Fashions come and go: writers who were fêted and champagned in the past can be forgotten in later times, or remembered by only a select few. Such is the fate of the trés chic writer, Georgette Heyer. I learned of her from fellow Leaguer, K. A. Laity who tells me she in turn learned of Heyer from the ebullient Stephen Fry.

I for one take notice of anyone Mr Fry recommends.

Heyer is a delight: if you love Austen (and if you do not, pray do not speak to me) you will lover her romances, especially the gloriously witty Regencies. Are you interested more in mysteries? She's got a bunch of those as well as other mainstream works. There are so many who appreciate her unique abilities. Try reading some for yourself.

I find it inexplicable that her works have not been seized upon to capitalise on the Austen audience's eagerness for more. Yet only two of her novels have been turned into films (with little success). You can watch one on YouTube, the land of uncommercial works that people nonetheless hunger for -- 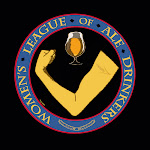 Journal of the Women's League of Ale Drinkers - available for only $0.99!